Do Something Funny For Money

Each year since 1988 Red Nose Day has been a massive success raising more and more money each time.

This year Red Nose day is on the 24th March 2017, and Spick ‘N’ Span are doing our bit to help. We are aiming to raise £500! We are going to be dressing up, wearing red noses, running a bake sale and running a sweepstake. 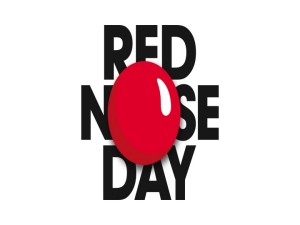 We are hoping that with your support we can reach our goal and help Comic relief to change lives. Most of the money raised for comic relief is used to help charities within the UK, in fact there are 2000 projects in the UK alone, while a small proportion of the money is used to help worldwide. Even a small donation can help, just £2 can pay for a dementia patient to attend, and enjoy an activity session.

Our red nose day activities are running for a whole week from 20th-24th of March. If you want to support us please visit our just giving page, www.myrednoseday.com/sponsor/spicknspan

Page load link
We use cookies on our website to give you the most relevant experience by remembering your preferences and repeat visits. By clicking “Accept All”, you consent to the use of ALL the cookies. However, you may visit "Cookie Settings" to provide a controlled consent.
Cookie SettingsAccept All
Manage consent

This website uses cookies to improve your experience while you navigate through the website. Out of these, the cookies that are categorized as necessary are stored on your browser as they are essential for the working of basic functionalities of the website. We also use third-party cookies that help us analyze and understand how you use this website. These cookies will be stored in your browser only with your consent. You also have the option to opt-out of these cookies. But opting out of some of these cookies may affect your browsing experience.
Necessary Always Enabled
Necessary cookies are absolutely essential for the website to function properly. These cookies ensure basic functionalities and security features of the website, anonymously.
Functional
Functional cookies help to perform certain functionalities like sharing the content of the website on social media platforms, collect feedbacks, and other third-party features.
Performance
Performance cookies are used to understand and analyze the key performance indexes of the website which helps in delivering a better user experience for the visitors.
Analytics
Analytical cookies are used to understand how visitors interact with the website. These cookies help provide information on metrics the number of visitors, bounce rate, traffic source, etc.
Advertisement
Advertisement cookies are used to provide visitors with relevant ads and marketing campaigns. These cookies track visitors across websites and collect information to provide customized ads.
Others
Other uncategorized cookies are those that are being analyzed and have not been classified into a category as yet.
SAVE & ACCEPT
Go to Top